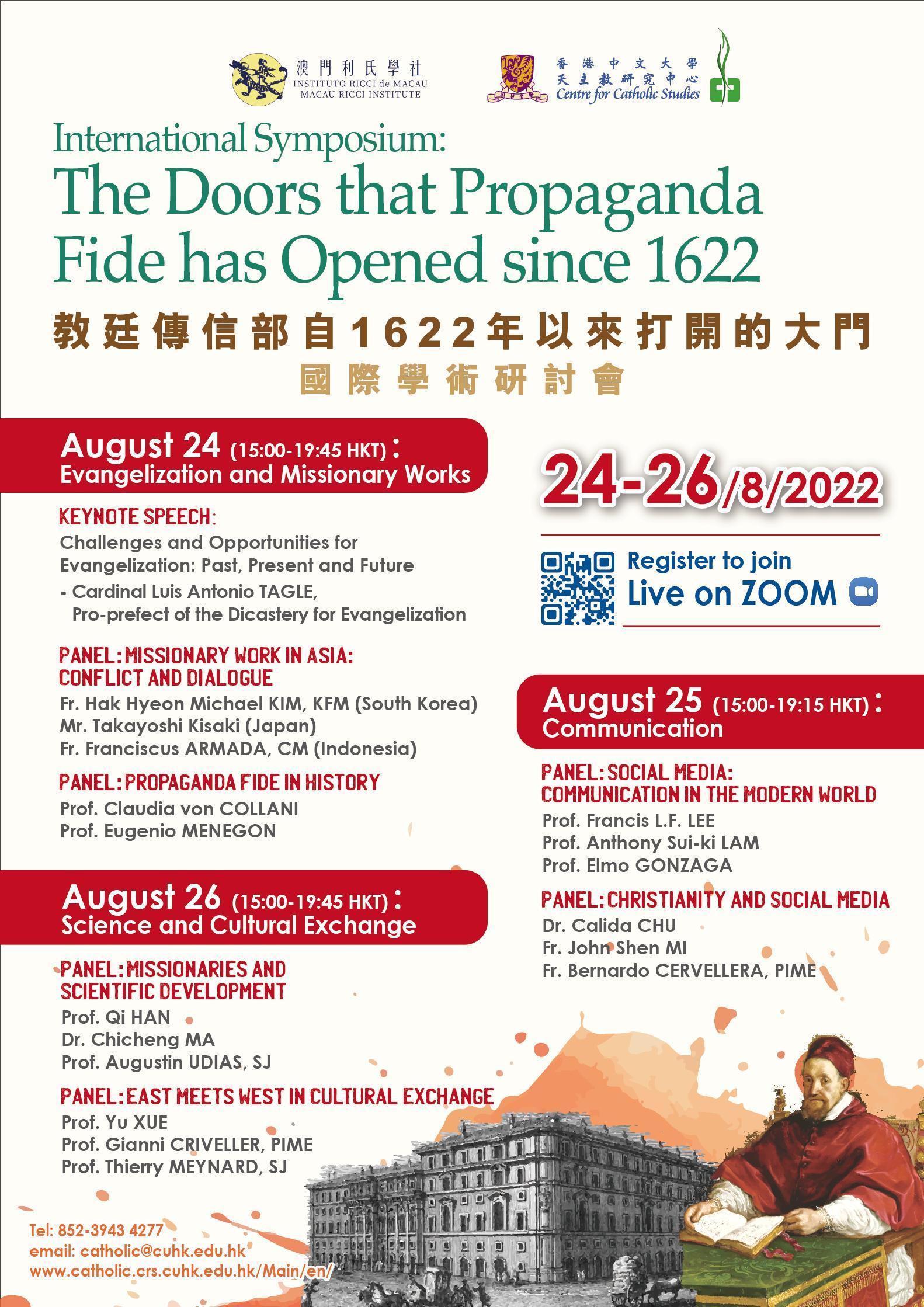 The Doors that Propaganda Fide has Opened since 1622「教廷傳信部自1622年以來打開的大門」

Propaganda Fide was established on January 6, 1622 by Pope Gregory XV, and the year 2022 is the commemoration of its 400th anniversary. Its founding opened the ways for the Holy See to govern the dioceses in the Far East directly rather than through states, such as Spain and Portugal. Its significance extends over the fields of evangelization, communication, science, and cultural exchange. Propaganda Fide was renamed the Congregation for the Evangelization of Peoples in 1967. In 2022, Pope Francis introduces the reform of the Roman Curia which has at its heart the conversion of the Church to being missionary. The newly restructured Dicastery for Evangelization will embrace the mission ad gentes (to nations) as well as the new evangelization of peoples who have already encountered the Gospel. To mark this significant anniversary, the Centre for Catholic Studies, CUHK, as a platform of academic exchanges among scholars of Catholic Studies, is co-organizing an international symposium with the Macau Ricci Institute to study the effects of this pivotal establishment in Church and world history, as well as lessons to sustain the Church’s missionary journey.

Register to join Live On ZOOM